Abstract: Based on preliminary research into the papers of William Cooper, now at the Long Island Museum of American Art, History and Carriages in Stony Brook, NY, this short endnote offers an introduction to this previously under-utilized archival collection. It profiles the business of this 18th-century Sag Harbor boatbuilder who specialized in fabricating the sleek maneuverable boats that were used in hunting whales. Long Island whalers outfitted their ocean-going vessels with these smaller boats, carrying them to the far side of the globe, where they were launched into service when their imposing prey was spied. Given their hard usage, whaling boats are exceedingly rare survivors so this archival record of their production is particularly significant. 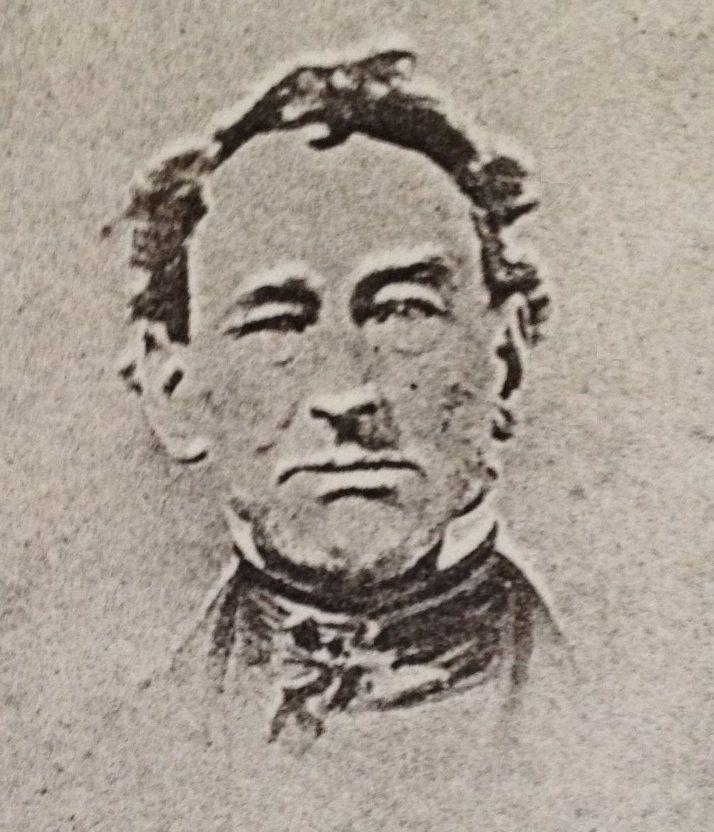 William Cooper (1785-1857) was a builder of whaleboats in Sag Harbor Long Island (Figure 1).[1] He was born in Southampton.[2] His father Caleb (1745-1834) was also a boat builder as well as a trustee of the Town of Southampton.[3] In 1806, William was in New York City.[4] In 1808, he married Phebe Sayre (1786–1874).[5] Although William and his brother Huntting were in partnership, building whale boats in Middletown Connecticut in 1811, it is likely that he began building whaleboats in Sag Harbor by the next year because his daughter Mary Sayre Cooper (Osborn) was born there in 1812.[6] While he built many types of boats, he specialized in whaleboats, sleek maneuverable boats used in the actual whale hunt, which were always in demand since every out-going whaling vessel needed a full complement. The earliest whaleboat related bills in William Cooper’s papers date to 1819. Between 1819 and 1829, there are only four bills related to his shop. The majority of the bills from this period are household related (e.g., food, cloth, clothes, etc). The records beginning in 1830, show an intensity and involvement in business and community that suggest earlier business records from approximately 1812 to 1830 may have been lost. By 1830, Cooper became a share holder in the Long Island Whaling Company.[7] In 1832, he took out Home Owners Insurance, indicating that he was well established and very active in Sag Harbor by that time.[8]

Cooper was a saver and seems to have preserved nearly every scrap of paper that affected his life and work. In 1973, Ward Melville acquired his papers from the Cooper family and donated them to the Long Island Museum. The papers remained largely untouched until 2014 when cataloging work was begun and recently completed at the end of 2015. To date, the finding aid for the collection includes 3,960 documents and 26 Ledgers and “day books.”

Analysis of this collection is at a very preliminary stage. At present it appears that Cooper built over 920 boats including 747 whaleboats, 110 bunker fishing boats, and 63 boats for other purposes. In addition to his main shop in Sag Harbor, Cooper maintained an additional shop in Greenport from 1838 to 1842.[9] The collection also contains 522 letters of which 126 are family related. The Sag Harbor Whaling Museum has an extant whaleboat from the Concordia (Figure 2) which is attributed to his shop, since Cooper built many boats for this ship.[10]

Cooper’s whaleboat building spanned the most productive period in the whaling history of Sag Harbor, 1820 to 1867. In fact, he built whaleboats for virtually every ship that sailed from Sag Harbor as well for ships that sailed from other Long Island and Connecticut ports. Cooper seems to have had his own standard boat design that is not described among his papers. However, there are occasional references to variations in design requested by individual captains. A careful analysis of the documents for notations of these variations may well reveal his basic design. This analysis has yet to begin. The measured drawing of the whaleboat at the Sag Harbor Whaling Museum (Figure 3) may serve as a starting point to uncover Cooper’s preferred design.[11]

As a businessman, Cooper was concerned about “the bottom line,” cost vs. expenses. One document (Figure 4) shows Cooper’s calculations for the cost of whaleboat production to be $33.66, exclusive of overhead. Although undated, it was stored among a large volume of papers dated from 1847 and is tentatively attributed to approximately that year.[12] As a point of comparison, an 1837 letter from Jethro Coffin of New Bedford recorded historic prices for whaleboats ranging from $50 in 1812, $65 in 1826, and $75 as the “current” price.[13] Its seems that Cooper, working in eastern Long Island, found ways to keep his costs down, if the higher prices for whale boats in this major whaling port were typical.

To practice his trade, Cooper regularly bought large quantities of wood. The vast majority of these purchases were for cedar planks. Oak and white oak butts were the next most numerous, with occasional bills for pine, yellow pine, spruce, chestnut, ash, black oak and birch. He also purchased nails and rivets from many sources. Most of the nails were the product of cottage industry. Figure 5 illustrates one such purchase.[14] At present, it appears that Cooper steam bent the ribs for all his boats. It is likely that the stems and stern pieces were also steam bent but if natural curved oak was available, that may have also been used.

In 1843, Cooper’s work force consisted of himself, two journeymen, and two apprentices. In a response to a letter from Harmon Tooker seeking work as a boat builder and an apprentice position for his son, Cooper stated:

[A]bout your son, I have an apprentice about his age & shall want one about 1 year younger than the one I have. Say about 16 years old. Think your son will be to old as the youngest apprentice will have all the small chores to do it would not suit so well in regards to a job in the spring it is quite uncertain about it there will probably be ship work when the ships get in I have 2 journeymen hired for the season & don’t expect I shall want help.[15]

Given the abuse they received in a routine tour of service, whaleboats were virtually disposable. Whale ships typically carried up to five spare whaleboats.[16] New boats were frequently purchased in preparation for a whaling voyage. Old or damaged boats that were still serviceable were repaired and sometimes used on a second voyage, especially to serve as replacements for boats lost or destroyed during a voyage. But recommissioned boats were poorly regarded as evinced by a document that priced “2 Old Whale Boats” at a mere $7.00 (Figure 6).[17] Therefore, as a competent builder, Cooper could count on repeat customers among the Long Island whaling companies.

Overall, a significant part of Cooper’s overall labor force was devoted to building new whaleboats and rehabilitating old ones while the whale ships rested in port between voyages. An account for the smack Commerce represents one of the many labor records for Cooper and his workers that included an order for a new boat (Figure 7).[18] Other entries are for labor to repair the davit, 1 lb. of boat and timber nails, 1 lb. of cut nails, 18 feet of old ceiling (used at the bottom of the inside of the hull), other boards, “stuff” [oakum to seal seams] inside ceiling, white paint, and lead paint. The entries at the end of the bill, 2/, 3/ and 2/ are expressed in bits of 12 ½ ? each.

As a businessman, Cooper was willing to build boats that served special needs. The stern boat built for the Emerald is detailed in Figure 8.[19] This is the only drawing of a boat built by Cooper found in the collection.

As early as 1831, Cooper also built “Fish Boats” for the rapidly expanding bunker fishery.[20] In contrast to double-ended whale boats, these boats had a transom. They were launched from the beach and used to play out nets up to a half mile in length. Cooper did not seem to have a standard design for these boats and individual purchasers seem to have had their own preferences as to design. Therefore, within the collection there are many specifications for these boats. Figure 9 is one such set of dimensions.[21]

Investments and Net Worth

From 1830 until his death in 1857, Cooper was a share-holder in at least 66 whale ships for varying amounts of time. His financial activity, however, was not limited to the whaling industry as he held stock in the Utica and Schenectady Railroad in New York and Sandusky, Mansfield and Newark Railroad in Ohio.[22] These stock holdings are explained by the fact that his daughter Ann Eliza Cooper Rogers (1814-1879) lived in Palmyra, New York and daughter Jane Cooper Post (1812-1878) resided in Miegs County, Ohio. Cooper also held bank stock. The dividends from his whale ship shares in both cash and whale oil are amply represented in the collection. Figure 10 is one such dividend notice.[23]

The William Cooper collection also includes many documents that relate to Cooper’s domestic affairs. The Cooper family seems to have had a fondness for veal.[26] Apples and flour were shipped by his daughter from Palmyra, New York.[27] An analysis of these materials will give an insight into the diet of the Cooper family. The collection also includes bills for numerous incidentals such as pew rental at the Presbyterian Church, school tuition for his son and daughter, as well as shoes and clothing for himself and his family. His concern for his family’s amusement and social position is reflected in his 1843 purchase in New York City of a stylish “swell-front, grand action” piano forte, made of mahogany (Figure 12).[28] The receipts for magazines and newspapers may also provide an understanding of Cooper’s reading tastes and his sources of outside information.

In addition, his wife purchased clothing made in Sag Harbor, as suggested by the receipt from “Mrs. Wm Cooper to A. Bosworth” for a “black silk bonnet” (Figure 13).[29]

Cooper was also conscious of innovations in other fields and obviously proud of his 24 year old daughter Harriet (1828-1881) since he ordered a daguerreotype of her in 1852.[30]

In the 1830s and 1840s, all the rage in the agricultural community was raising silk worms. William’s daughter Jane Cooper Post sent him a letter, from Ohio, describing the process and included some silk worm cocoons.[31] It is unclear if William followed up on Jane’s suggestion. The collection also includes a number of doctor bills for house visits, vaccines and the application of leeches.[32] The family’s dental bills include tooth extractions, gold fillings, and “1 complete set of teeth” for Mrs. Cooper (Figure 15).[33] Consistent with the medical bills, Cooper’s bills from the local Apothecary reflect the ailments of advancing since he was by then in his seventies.[34]

Interestingly, there are 190 bills that were still calculated in Pounds, Shillings and Pence; the latest of these were between 1850 and 1853. Figure 17, for example, shows a 3 Shilling bill for nails that were fabricated by Samuel Curry.[35]

The size and scope of the William Cooper collection at the Long Island Museum makes this fertile ground for further archival research into history of boat building, especially its vital supporting role in the American whaling industry in the mid-nineteenth century. The collection also provides insight into the domestic, political, and social life of a prominent citizen in Sag Harbor, during its heyday as a whaling port. In addition, the papers reveal Cooper’s business strategies as he tried to maximize his profits, make strategic investments, and protect his accumulating wealth with a view toward a future beyond whaling. This unique archive makes William Cooper not only the best-documented whaleboat builder on Long Island but among the best-documented of the entire Yankee whaling era.

[1]The author would like to thank Joshua Ruff, Christina Marzano, and Christa Zaros of the Long Island Museum of Art, History and Carriages, Maryanne Vigneaux, and Barbara Schwartz (Trustee) of the Sag Harbor Historical Society, Sag Harbor, NY.