Reminiscences of a Shinnecock-Montauk Whaling Family

Abstract: Drawing on his own family’s history, Martine discusses on-going efforts to document and share the history of the Shinnecocks' ancient whaling tradition and their major involvement in the American whaling fleet. 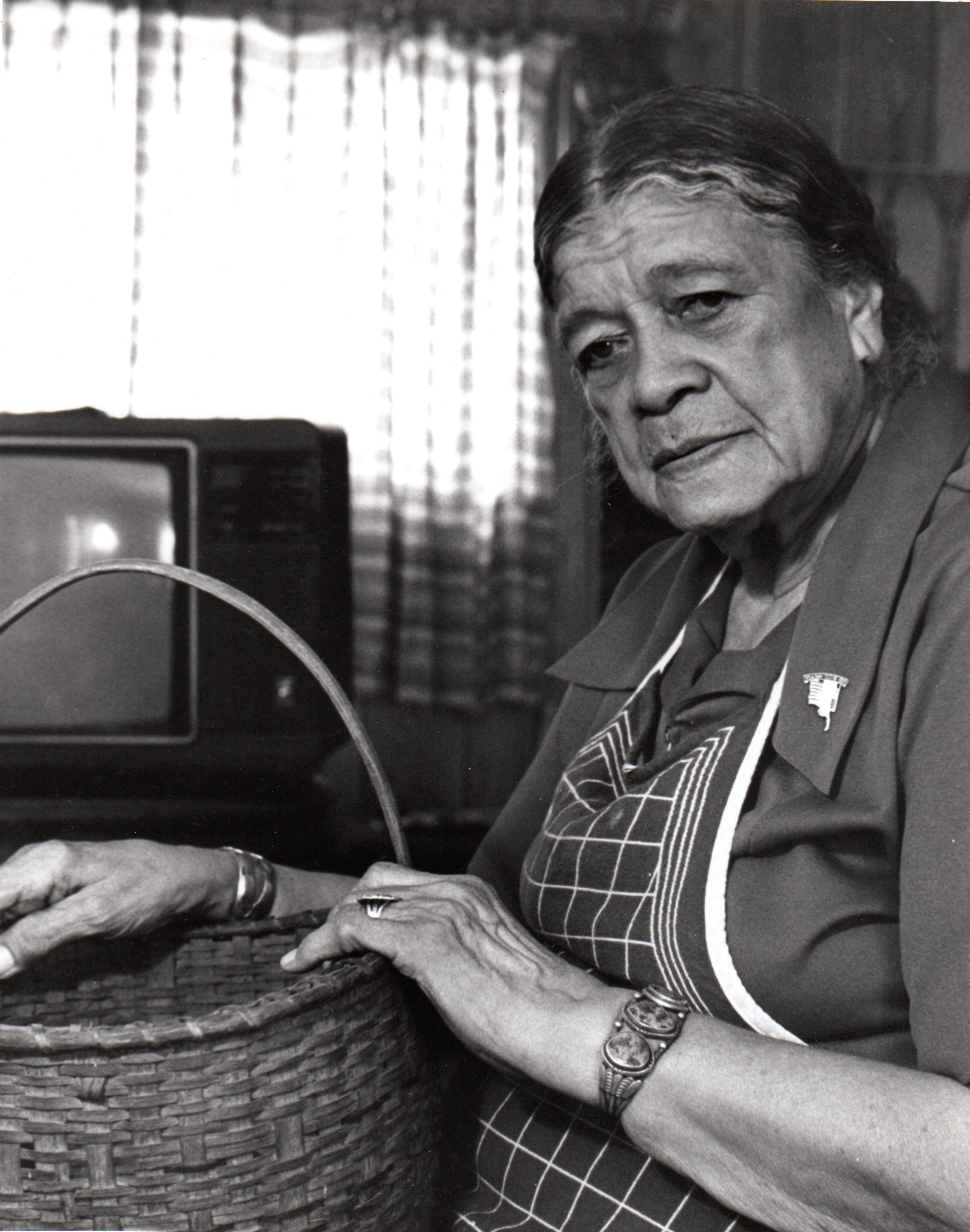 My grandmother, Alice Osceola Bunn Martinez, born in 1901, was a keeper of many oral histories. She remembered whaling stories from our Shinnecock-Montauk family and community going back to the early 19th century. In fact, she was a granddaughter of David Waukus Bunn, who was a whaler on several ships. But our people’s connection to whaling goes back much further.

The ancient Shinnecock people have occupied Long Island for approximately 10,000 years; the roots of many of their traditions go back before known memory. However, oral history extends back hundreds, if not thousands, of years. Throughout the ages, Shinnecock and Montauk peoples have had a tradition as whalers—using dugout canoes to pursue off-shore whaling—and as harvesters of the sea, gathering quahog clams, oysters, and other types of seafood for their diet.

The whaling contracts of the colonial period attest to the degree to which the Native people later became involved in the development of the commercial whaling industry. Dr. Jason Mancini, Director of the Mashantucket Pequot Museum in Connecticut, has mapped the many routes of the whaling ships that left from New England during the age of whaling; his digital project entitled “The Indian Mariners Project” is available online. His archival research, as well as that of Dr. Nancy Shoemaker, confirms the many oral-history accounts of Native people going to the North Atlantic and South Pacific islands on whaling ventures, in some cases never to return. Some men stayed and intermarried with the Native Pacific Islanders, some died in the whale hunt and were buried at sea, still others were lost in shipwrecks. In one case, the ship Amethyst became snowed in above the Arctic Circle with several Shinnecock whale men aboard.

Traditionally, the whale had a deep spiritual connection to Native people. They felt an almost psychic bond with the whale, as depicted in the movie “Whale Rider.” The whale was considered to be the “gift of Moshup” who lived on Cape Cod. Moshup was believed to be a giant and a symbol for the Creator. His wife, according to the Mohegan, who are related to the Shinnecock/Montauk, was the head of the “little people” who lived in the forest; they could be beneficent to humans or mischievous if not respected. In addition to these entities, a being known as the underwater serpent, whose shiny scales were made of mica, was believed to interact with the “thunder beings” that brought rain and lighting, as did the Thunderbird. As discussed in John Strong’s article, a very famous artifact was discovered in Brookhaven Town many years ago which was made of mica and had an engraved depiction of the water serpent. An image of the thunderbird was also engraved on a piece of clay excavated in the Shinnecock hills years ago as well. This iconography represented religious beliefs, intertwined with metaphysical networks of nature, very much in keeping with the cultural understandings of most Algonquin tribal nations, of which the Shinnecock are a part.

In addition to the whales, shellfish were gathered and processed for food as well as for the fabrication of purple and white wampum beads; these shell beads, made by the millions, were used by Native people as adornment and for spiritual/political ceremonies. The spiritual purposes and the power of this material were recognized by the Dutch and English. Wampum thus became important to the economy on the colonial frontier. But to Native people, the colored beads gained paramount significance when they were woven into belts designed with pictographic symbols that referenced important treaties and other special occasions. Large quantities of wampum were also traded to the Five Nations Iroquois, or Haudenosaunee, who incorporated it into their own material culture.

Today, the history of Native whaling continues to be celebrated and remembered. Many of my grandmother’s stories were passed on to her by her father, Charles Sumner Bunn, a great decoy carver of shorebirds and hunter/guide. In particular, he shared many recollections about his own father, David Waukus Bunn, a whaler who sailed on the Lagoda and the Northern Lights. According to Dr. Shoemaker, he also sailed on the Nassau, which he boarded in Honolulu, Hawaii, where other Shinnecock whalers were buried. However, he ended his days closer to home; he drowned in the rescue effort of the Circassian, which wrecked off Bridgehampton in 1876.

From her father’s stories, my grandmother gained a vivid impression of what kind of man her grandfather had been. He was very cultured–never cursed–and was also a great artist in whale bone and ivory. He carved scrimshaw during his voyages, on which he sailed as first mate. He may also have created ship models since we have a photograph of him seated next to one. He carved the head of an ebony cane for his wife and brought back pieces of ivory from his voyages. There are many other Shinnecock families whose men participated in the whaling industry—including the Lees, Cuffees, Kellis, Walkers, Bunns, and others. So the Shinnecock and Montauk peoples as well as the Unqechaugs made a transition from the traditional modes of interacting with a great symbol of creation–the whale—into the new commercial economy, brought to them by the English settlers.

But it should be remembered that originally in the ancient paradigm, the taking of a whale for the Shinnecock and Montauk was a community affair. A ceremony of thanksgiving accompanied the activity, and whales’ tails and fins were especially prized. The ceremony was conducted by the medicine man or “powawus,” from which the word “powwow” was derived.

From the colonial period to the mid-19th century, the Native people of Long Island were considered the best harpooners and seamen; they have continued to be recognized as such in later years. They were joined by indigenous people from all around the world who manned the crews of the whaling ships that left Sag Harbor, New Bedford, Nantucket, and Cold Spring Harbor for distant voyages. This fact was immortalized in Melville’s great novel Moby Dick.

It should not be forgotten that this livelihood was not always to the advantage of Native people, but over time some whale men were able to secure good salaries and improve their quality of life. Originally during the 1600s, Native people were not well compensated for doing the hard work of hunting whales. The colonial whaling company owners who employed them took advantage of their lack of facility with the English language and European-style education, making it difficult for Native whalers to gain economic leverage. Later, as their skill and experience became indispensable to the growing commercial whaling industry, Shinnecock whalers began to accumulate sufficient income for some families to expand their wood-frame houses to larger sizes. A few even built substantial new houses, such as the family of Rebecca Bunn Kellis, daughter of Winfield Lee. Other people, however, were still living in traditional wigwams or witus (made of cattail reed mats, bark, and grass thatch) through the mid-1800s.

Whaling remains central to the histories and traditions of Shinnecock, Montauk, Unqechaug, and other Long Island Native Americans. They are proud that their ancestors were key to the success and development of the famous American whaling industry. However, they do not overlook that their indigenous ties to whales were endowed with spiritual power that emerged out of a very deep past, from the mists of time. I encourage everyone to visit the Shinnecock Nation Cultural Center and Museum, attend the Shinnecock Powwow, and research further the unique cultural fabric of the first and most ancient people on Long Island–the Native Americans.