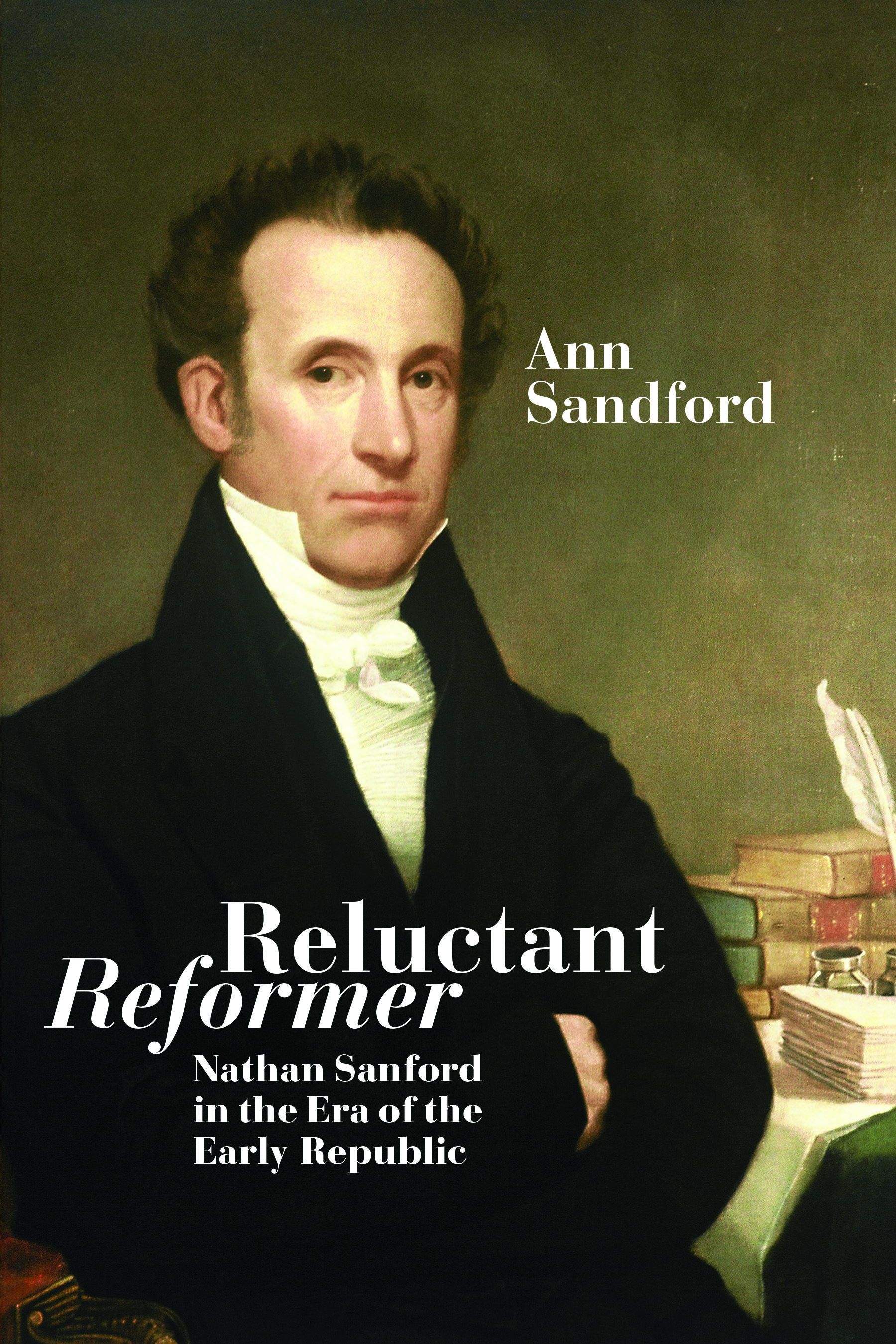 President John Adams’ note to his son in which he says “I take it for granted that public Virtue is no longer to rule: but Ambition is to govern the Country…” seems increasingly relevant in today’s political and ethical debates.  Yet, this comment from two centuries ago was just as germane during the early Republic as Ann Sandford proves in her work Reluctant Reformer: Nathan Sanford in the Era of the Early Republic.  In this biography of a virtually unknown early American figure, Dr. Sandford encourages the reader to consider how personal motives impact politic decisions.

Writing about her distant cousin, Dr. Sandford acknowledges his relative anonymity by saying that “he left no record of political thought captured in pamphlets, and no diaries with insightful observations.  Nor did he leave extensive correspondences with prominent men of his day.  His written legacy survives in the main, through recorded legal arguments and court judgments, in legislative records, and in the few pieces of political correspondence, that remain.”  His legacy – while not that of a firebrand – was that of an enlightened thinker, who was a “conscientious legislator, [who] defined the role of the central government as one of monitoring and regulating, rather than initiating broad new programs…”  As a man who did not believe in wasting time to such a point that he dropped the central “d” in his last name so he could sign his name faster, Nathan Sanford was a man of action in many ways.  As a lawyer and a politician, he would contribute to the reforms of the New York State court system as well as running as Henry Clay’s vice president in 1824.  Furthermore, he would help to modernize property law and contribute to making the nation’s currency a uniform system.

This thoroughly documented and detailed work exemplifies the conflicts between a man who enjoyed the social status associated with wealth, but also was a man of enlightened principles for the time.  While mainly refraining from oral debates due to his health, his personal principles regarding the abolition of slavery as well as his support for universal manhood suffrage were often oppositional to his political stances as seen by his rejection of Clay’s brokering of the Missouri Compromise.  His political and personal ambiguity highlights him as a “reluctant” reformer, who “steadfastly sought influence through politics and government service, while he participated in the idealism of republicanism and the opportunistic culture of his day.” His life illustrates one man’s attempt to navigate the often contradictory political, social, and economic forces of his day.

By bringing to light a long-overlooked figure, Sandford highlights the early Republican era in the days of Thomas Jefferson and Andrew Jackson.  As an influential New York politician, this work illustrates how New York was central to the creation of the American Republic.  While well-known New Yorkers such as Alexander Hamilton and Aaron Burr have been studied in-depth and are names recognized easily by students of early American history, the biography of Nathan Sanford is a reminder that history is not simply made up of the famous (and infamous), but rather of ordinary people – people from small rural towns such as on the East End of Long Island – who illustrate the tensions and ambiguities of daily life.